Dr. Saskia de Wildt studied Medicine at Maastricht University in the Netherlands. She performed her PhD research at Erasmus University Sophia Children’s Hospital Rotterdam, the Netherlands, on ‘Developmental aspects of midazolam metabolism’. She next trained in Pediatrics and Pediatric Intensive Care, also in Rotterdam and at the Hospital of Sick Children in Toronto, while also obtaining the American and Dutch Board of Clinical Pharmacology certification as clinical pharmacologist. 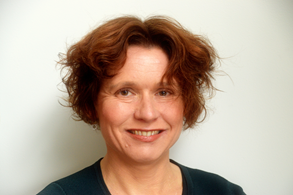 She has published over 120 peer-review international papers and received over 5 million euros PI research funding. Her research has been largely supported by ZonMW and EU FP7 grants, which aim to better understand the impact of age, disease and genetics on drug disposition and to individualize drug dosing in children, with a focus on pain&sedation and acute kidney injury. She participates in two EU H2020 grants aimed to develop EU-wide infrastructure to study drugs in children. She is also workpackage leader for Scientific Advice and Innovation of the recently funded EU Innovative Medicines Initiative project Conect4children (130 million euros), also aimed to build EU pediatric clinical trial infrastructure

Dr. de Wildt is director of the Dutch Knowledge Center for Pharmacotherapy in Children and as such responsible for the Dutch Pediatric Drug Handbook (‘kinderformularium.nl’).

Since May 2016, she is appointed full professor of Clinical Pharmacology, combining this appointment with clinical care in the Pediatric Intensive Care at Radboud University in Nijmegen.